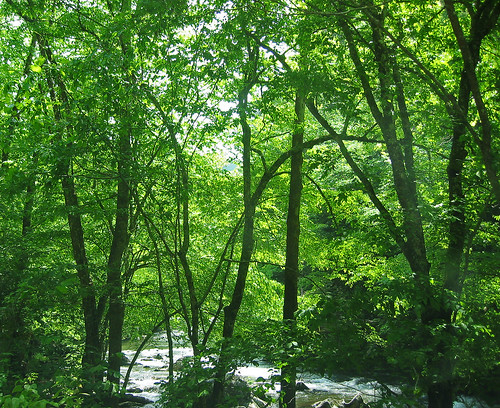 God’ plan for you to take possession of the promised land He has given you is not to possess it over night or even in a day. Rather we possess it “little by little”.

Whilst we love the “suddenly”s of the Lord, the truth is victory and the promises of God are attained “little by little”.

One step at a time, little by little, we walk in the promises of God more and more. Contrary to our schedule, God is not in a hurry. He works according to His pace and plan and it is a wise Christian who comes to realise that.

Why does God give us the victory “little by little”?

PRAYER: Father, I choose to walk with you and take ground for you little by little. I resolve to keep walking and stay faithful trusting you to fulfil your word to me. In Jesus name, Amen

You shall remember that you were a slave in the land of Egypt, and the Lord your God brought you out from there with a mighty hand and an outstretched arm. Therefore the Lord your God commanded you to keep the Sabbath day.

In the new covenant we often don’t give much place to sabbath and how it relates to us. We often associate the sabbath with the excesses of the Pharisees and their regime of rules that went with it.

But are there sabbath implications for the new covenant believer? Of course there is.

One of the purposes of the day of rest laid out in this passage is very relevant to us today. It is an opportunity to stop, remember and reflect on deliverance of the Lord that brought us out of Egypt.

Remember, each believer has been delivered from Egypt – spiritual Egypt where we were in bondage to sin in our old, pre-Christ life. Before Jesus, we lived under heavy bondage to sin, slaves to Pharaoh (satan) and on the path to destruction. But, “the Lord your God brought you out”!

Why do we need to stop, remember and reflect on this? There are many benefits for us to do this. Here’s three:

PRAYER: Father, I thank you and praise you for the gift of my salvation. My heart is moved and thankful for all you’ve done. I love you and worship you Lord. Amen.

Be strong and courageous, do not be afraid or tremble at them, for the Lord your God is the one who goes with you. He will not fail you or forsake you.”

I love Joshua! He is one of my favourite characters in the bible. He was such a “get it done” kind of guy.

We don’t see much of Joshua’s weaknesses, but what we do read is the Lord constantly commanding, encouraging and reassuring Joshua “be strong in God – do not fear!”

The above verse tells us some key points for how Joshua was to go in Faith, not fear:

Joshua was a great man of God because of His great faith. He wasn’t beyond a gentle reminder to keep going in faith, and neither are we.

PRAYER: Father, I love you and I choose to walk by Faith today. I receive your life giving word into my life and rebuke fear in the name of Jesus Christ, Amen.

11 “For this commandment which I command you today is not too difficult for you, nor is it out of reach…
15 “See, I have set before you today life and prosperity, and death and adversity; 16 in that I command you today to love the Lord your God, to walk in His ways and to keep His commandments and His statutes and His judgments, that you may live and multiply, and that the Lord your God may bless you in the land where you are entering to possess it…
19 I call heaven and earth to witness against you today, that I have set before you life and death, the blessing and the curse. So choose life in order that you may live, you and your descendants

Life is full of choices. Choices we make every day.

Here we read what our relationship with God boils down to, something that is “not too difficult for you, nor is it out of reach…” (verse 11).

We get to choose each day who we will live for, what we will focus on, what we will cherish most. We choose whether we will love God more than anyone or anything else.

Understanding the ability to choose is simple and extremely powerful. There are benefits and blessings for choosing well. There are also consequences for choosing poorly. The results of our choosing are there to guide us and encourage us in making our choices. Therefore choose life!

PRAYER: Father, I choose you today. I choose to love you, follow you, draw near to you. Thank you for choosing me first. I love you Lord, Amen.

Then the officers shall speak further to the people and say, ‘Who is the man that is afraid and fainthearted? Let him depart and return to his house, so that he might not make his brothers’ hearts melt like his heart.’

Better to fight with a smaller number full of faith, than with a greater number that is less than uncompromising in their commitment to the battle.

Why is this? Isn’t there more likelihood for success in greater numbers? Isn’t it better to have more with you than less in the battle?

The effect fear can have on group confidence can be devastating. It is why in sports, a lack of courage is so frowned upon. It effects the whole team. It says I am more concerned with my own well being than the well being of the team. It is self over the greater good.

That is not an attitude than will win you too many wars.

Jesus applied this principle Himself. He was with a young girl who had passed and was there to pray for her raising back from the dead (Matthew 9:23-26). Except the room in which she was in was full of people mourning. Jesus went in to that battle with faith, expecting she would live again. The crowd had no such expectation; they were well into mourning her loss and preparing to move on in life.

So Jesus removed them and their infectious fearful, courage-less attitudes from the room and raised the daughter from the dead.

What does this tell us? If you are going to war in the Spirit you only need people around you who will believe with you. If you are facing a war with finances, with a wayward child, with a career need, with a ministry facing difficulty, with a loved one needing breakthrough, whatever it is – you don’t need everyone to know. Just a few, but a few full of faith, full of confidence in their God, full of expectation, is all it takes.

Faith is the antidote to fear. Align yourself with men and women of faith and rise up in the power of the Lord!

You shall generously give to him, and your heart shall not be grieved when you give to him, because for this thing the Lord your God will bless you in all your work and in all your undertakings

Clearly, being generous with those in need is something God requires of us. God commands generosity from us because in so doing it is supporting the social fabric that God Himself instituted in creation.

When we live and act with generosity, it pleases God. It pleases Him because by obeying His command we are honouring to Him. But more than that being generous reflect His character to others. God is a generous God!

God is generous so that we can be generous. When we are generous there can be no doubt the please in which we live becomes a better place to live. Why? We are reflecting the character of God.

Not only that, there is another little bonus for the generous. God says when you are generous and show a concern and regard for others, even when it comes at a cost yourself, then I will bless you! “I will bless you and cause you to know my blessings in ALL your work and in all you put your hand to!”

Why? Because the generous person proves to God they can be trusted with the blessings of God.

PRAYER: Father, thank you for your generosity towards me. Enable me by your Spirit to cultivate generosity in my life toward others. I love you Father, Amen